Getting IT right first time! 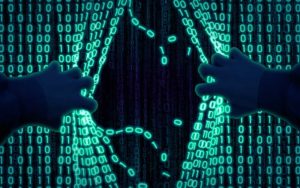 Almost one million older Windows devices are still vulnerable to the BlueKeep security flaw even after Microsoft released a security patch to address the vulnerability.

The vulnerability, known as CVE-2019-0708, affects Windows Remote Desktop Services (RDS) and Microsoft has already addressed it with its May 2019 update.

The BlueKeep security flaw, which has been described as wormable, can be utilised by malware to spread in a similar way to how the WannaCry ransomware did back in 2017 through the EternalBlue exploit.

Microsoft has already released patches for Windows 7, Windows XP, Server 2008 and Server 2003. Alternatively the threat can be mitigated by blocking TCP port 3389.

Bearing in mind that after January 2020 there will be no more security updates released for Windows 7, it is becoming more urgent to upgrade to Windows 10.

Get in touch to find out more or to arrange a visit.

Or send a message - we try to respond straight away.

Professional IT services at sensible prices

Covering the whole of the Paphos region

Professional IT services at sensible prices

Covering the whole of the Paphos region